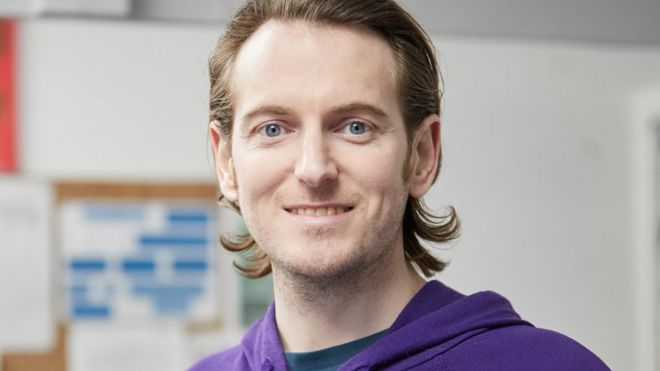 Young people in England are being targeted by the government in a bid to recruit thousands of more care workers.

The Every Day is Different campaign will be promoted on social media and online platforms to get the under-40s to take up jobs such as care workers, therapists and activity co-ordinators.

There are currently more than 100,000 vacancies in the sector – a figure which some warn may rise after Brexit.

It comes as a report says a lack of community staff may damage the NHS.

The report by the Health Foundation charity said the number of GPs had fallen slightly in the past year and there continued to be shortages in key posts such as community nurses, learning disability staff and health visitors.

Many of these work side-by-side with care staff.

Anita Charlesworth, from the Health Foundation, said there needed to be a “coherent strategy” to address the workforce problems.

What is the care worker campaign about?

The recruitment drive will be running in February and March and will focus on the rewarding and diverse nature of care work.

It will include the personal stories of young people who have built careers in the sector.

One of the faces of the campaign is Bradley McKenzie, 34, who works for Society of St James as a support worker in a residential care home in Southampton.

He cares for residents with long-term alcohol and mental health problems.

Before becoming a support worker, he was a fitness trainer.

“If you have a good heart and you want to be helpful, you could feel really rewarded working in this sector,” he said.

Why are young people being targeted?

The campaign will be asking people of all ages to come forward.

But research shows that young people are the most likely to work in the sector.

There is also an acknowledgement that the care sector needs to plan for the long term.

There are more than 1.4 million people working in social care – a figure that needs to rise by 650,000 by 2035 to cope with an ageing population.

While care home work is synonymous with the sector, the campaign will highlight the variety of roles available, including hospital-based therapists, activity co-ordinators and personal assistants.

Sharon Allen, of Skills for Care, which supports the training of care workers, said: “I have spent my whole career in adult social care so I know first hand the tremendous professional and personal satisfaction that is on offer to anyone who joins us through this campaign.”