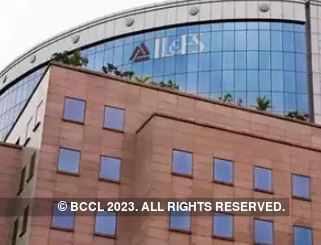 NEW DELHI: Corporate governance seems to witness a new low every passing day with revelations of major lapses in the operations of crisis-ridden IL&FS by its previous management.

In a shocking disclosure, the Reserve Bank of India (RBI) in its investigation report on IL&FS has said, “the company did not have a board-approved ‘Investment Policy’.”

“However, investments were valued as per… the RBI Master Direction (2016) for NBFC-ND-SI dated September 1, 2016 and additional provisions amounting to Rs 34,919.31 million towards diminution and interest reversal of Rs 846.64 was suggested,” it said.

In another major lapse, the investigation found that the Investment Review Committee (IRC) did not meet at all since October 5, 2016.

“In the absence of the meeting of IRC, the investment related proposals were continued to be approved by the Committee of Directors (COD). There was no system of monitoring and reviewing the investment at periodical intervals,” it said.

Similarly, the Risk Management Committee (RMC) did not meet for about three years and there was no risk management measures in place.

It further said that exposures were taken on special purpose vehicles of IL&FS Transportation Networks Ltd (ITNL) by assignment of loans originally given to ITNL.

“It was observed that some of the projects of SPVs we terminated as there was no scope of the SPV generating funds to repay the loans assigned to them. The outstanding amount as on March 31, 2018 aggregating Rs 18,571 million. Further, no repayment (both principal and interest have been received by IL&FS from these SPVs during the half year ended September 2018,” the central bank’s report said.

The report also pointed out the laxity among the erstwhile board members, including the independent directors, who aided in the unscrupulous misgovernance and benefit of just a few in the top brass.

“The independent directors did not ensure that the Board exercised proper oversight on the strategy adopted by the management to fund ITNL’s liquidity mismatch. No questions were raised as to the reasons for the liquidity crisis in ITNL.”

It also said that the board did not monitor the affairs of the group entities including ITNL, ILFS Energy, ILFS Maritime, ILFS Engineering and Construction, Hill County Properties.